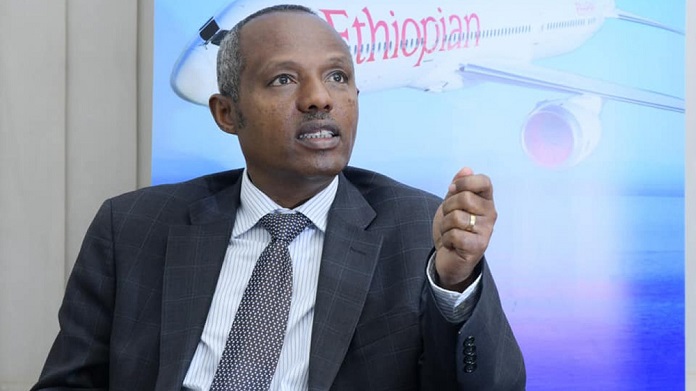 In an aviation industry stricken by the Covid-19 pandemic, the airline is one of the few in the world to have managed to stay afloat without a public bailout and without laying off permanent staff.

Ethiopian Airlines, the biggest carrier in Africa, has appointed a new CEO to replace Tewolde Gebremariam who left the company for medical reasons, the company announced.

The board of directors accepted Tewolde’s request for early retirement and decided to appoint Mesfin Tasew to replace him, chairman of the board Girma Wake told a news conference in Addis Ababa.

Mesfin, a former chief operating officer of Ethiopian Airlines, is the CEO of ASKY, a pan-African airline based in Lome, Togo.

Ethiopian Airlines, a 100 percent state-owned company that prides itself on being the only profitable airline on the African continent, has achieved a turnover of $3.51 billion (3.19 billion euros) for the fiscal year 2020-2021.

In an aviation industry stricken by the Covid-19 pandemic, the airline is one of the few in the world to have managed to stay afloat without a public bailout and without laying off permanent staff.

The jewel of the economy of Africa’s second-most populous country, it turned to cargo freight when passenger traffic fell, including converting some of its passenger aircraft to transport cargo.

“We will have growth that goes with the market conditions, but definitely we want to continue growing… Vision 2035 is about growth,” said Girma. “Because of the war (in Ukraine), the price of fuel has shot up, plus the availability of fuel is sometimes a problem. This is really going to be a challenge,” he added.

The airline announced that Tewolde would be stepping down after 11 years at the helm, saying he had been undergoing “medical treatment in the United States for the past six months” and had requested early retirement.

Aero Africa appoints Issa Baluch as an advisory board member

Supervisory Board extends contract of Chief Operations Officer and expands the...