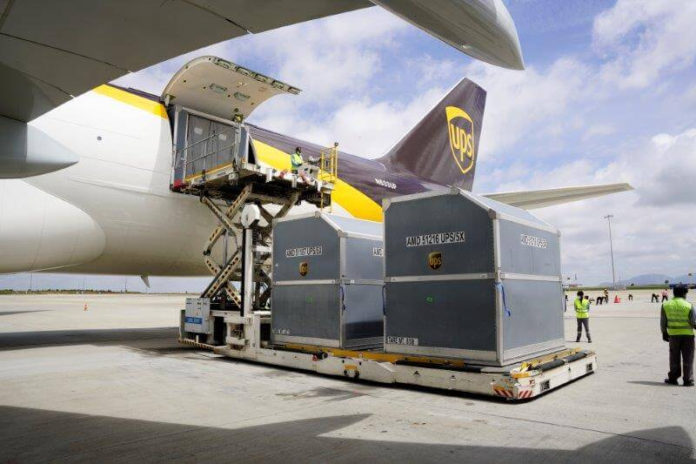 The American supply chain major now has two gateway facilities in India, one in Delhi and one in Bengaluru spread across a total of 32,000 square feet. UPS will operate an additional five flights per week from its new facility in Bengaluru, with one direct flight between Bengaluru and Koln in Germany, the company’s headquarters. In total UPS will now operate 11 flights from India every week using its Boeing 747-8 wide-body aircraft. The Boeing 747-8 has a cargo capacity of 307,600 pounds, or about 30,000 packages, and a range of 4,200 nautical miles.

UPS on July 19 announced an expansion of its global logistics network with a new airport gateway facility in India at Kempegowda International Airport, Bengaluru. With this added capacity, a new Boeing 747-8 flight will now be able to further connect our customers in India with more international trade opportunities in Asia, Europe, and the Americas.

“Customers are at the core of our strategy and we’re on a mission to deliver what matters for them,” said Deepak Shrivastava, UPS Managing Director for Indian Subcontinent.“According to the Ministry of Commerce and Industry, for the first time, in the financial year 2022, exports have surpassed $400 billion, demonstrating the strength of India’s supply chains and the resilience of its small businesses. We’re here to support that growth.”

The new airport gateway follows the launch earlier this year of a new logistics brand for the Indian market, ‘MOVIN’, which is a joint venture between UPS and InterGlobe Enterprises, it was noted.

This is UPS’s second dedicated airport gateway facility in India after opening its Delhi airport gateway in 2020 and another example of how UPS is empowering local businesses to grow, expand to new markets and compete globally. The Bengaluru facility will provide in-house customs clearance and serve as a cross-border trade link for southern India, giving customers an extended pick-up time of up to two hours, while strengthening supply chains for cross-border trade.

The new flight and airport gateway follows the launch earlier this year of a new logistics brand for the Indian market, MOVIN, which is a joint venture between UPS and InterGlobe Enterprises to serve the needs and demands of the fast-paced Indian market.“We look forward to welcoming UPS’s 747-8 aircraft, further connecting Bengaluru to the world,”said Satyaki Raghunath, Chief Strategy & Development Officer at Bangalore International Airport Ltd. “Our airport is on track to become a world-class cargo hub powered by leading global logistics providers like UPS, who are meeting the exponential growth of e-commerce and boosting trade for businesses in southern India.”

With the new flight scheduled to pass through BLR five times a week, and with six weekly flights coming into Delhi, the opening of the Bengaluru gateway almost doubles the number of flight rotations for UPS in India. The 747-8 is the largest aircraft in the UPS fleet, which means more capacity with a payload of 307,000 pounds, translating to lower emissions with fewer flights needed.

By using owned aircraft, UPS also gives businesses the peace of mind they need when dealing with supply chain complexity. The UPS air network features a fleet of almost 600 aircraft delivering to over 220 countries and territories around the world.

Qantas Flies Commercially To India For First Time Since 2012