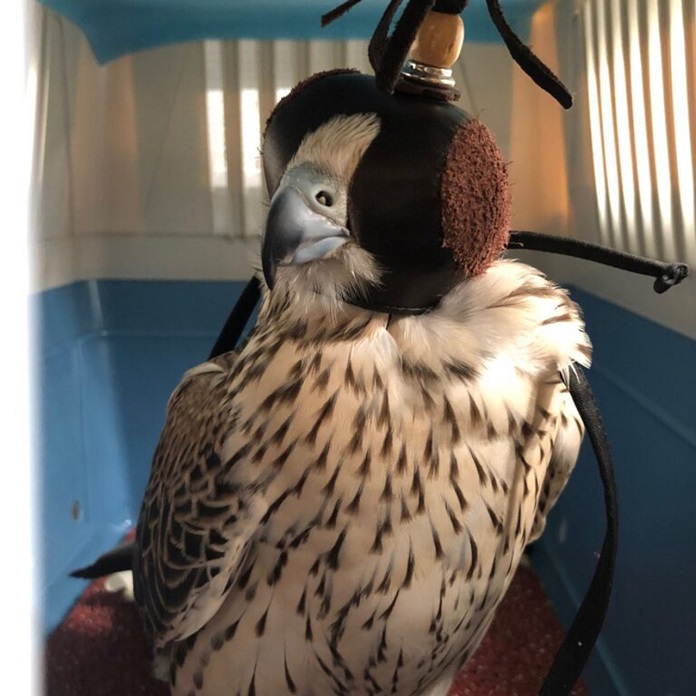 The 30 birds of prey travelled in secure, carpeted boxes and were onboard their flight in under an hour from pick up

Czech ground handling specialist Skyport has handled 30 live falcons from Prague, Czech Republic to Kuwait City, Kuwait which will be used at airports to keep them clear of other bird species to combat bird strike incidents.

The birds of prey, bred in the Czech Republic, were transported in secure, carpeted boxes, and were provided with falcon hoods to help reduce stress and keep them safe.

Skyport specializes in a quick turnaround for live animal consignments and has recently handled rhinoceroses, Komodo dragons, and a polar bear.

“At Skyport, we ensure live animal cargos receive the best care, best welfare, and as little stress as possible, so we move the animals at the very last moment in order to make their stay at our facility and overall travel time as short as possible,” said David Adámek, Chief Executive Officer, Skyport.

“If there is a shipper request regarding any special considerations such as temperature, storage, or feeding instructions, we plan the project accordingly to make sure these needs can be followed and maintained.”

“The animals are then delivered to the aircraft approximately 10 minutes before departure where further checks take place to ensure secure stowage and that a suitable amount of food and water is available.”

Skyport is the leading handler at Prague Airport, managing more than half of all cargo that passes through, and is highly experienced with live animal cargoes having previously transported rhinoceroses, Komodo dragons, and polar bears.

AEI to provide Chrono Aviation with a B737-800SF freighter conversion

Antonov celebrates 30 years of Innovation in the aviation break bulk...