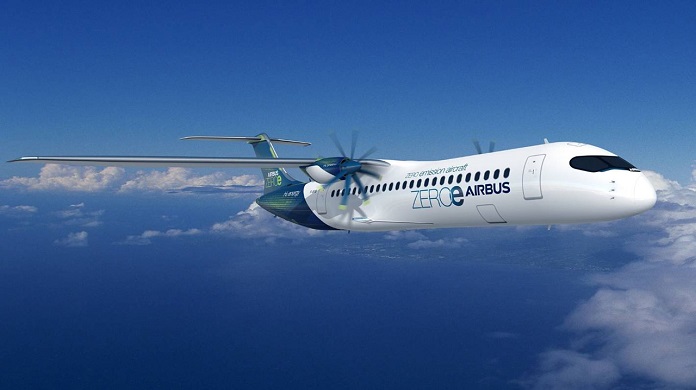 Air New Zealand has outlined what it needs from zero-emissions aircraft and is asking new generation aircraft companies to build and deliver one by as early as 2025.

The focus of the PRD is on its domestic turboprop fleet which produces about 7 per cent of total emissions.

Air New Zealand had a goal of having a firm order placed on a one to nine-seater zero-emissions aircraft by 2023 and taking delivery in 2025, the PRD said.

“This option covers technology that is currently in development, likely at the ground testing phase, but moving quickly towards first flight in the next 24 months with commercial certification underway.”

These aircraft could be used for freight, training and single lines of flying, it says.

By 2026 to 2030 it aims to have “supplementary” zero-emissions aircraft ranging from one to 50 plus seats.

“The types of missions will ideally be passenger services however freight concepts are also of interest especially if the aircraft progression is targeted at a later passenger version.”

“We have the ambition to be a global leader in driving a shift to novel propulsion aircraft with an entry to service before 2030,” the PRD says.

The airline has a goal of net-zero carbon emissions by 2050 and sees electric or hydrogen-powered aircraft as a key pillar in its sustainability strategy.

However, the airline acknowledged that even with the full deployment of aviation decarbonisation technologies, including electric, hybrid and hydrogen-powered aircraft, and sustainable aviation fuel, there was no current technology mix that could enable the industry to absolutely decarbonise by 2050, the PRD said.

On top of this, the industry’s share of emissions would continue to increase in coming decades as other sectors decarbonise more quickly, it said.

The PRD said Air New Zealand was well-placed for the early deployment of novel propulsion aircraft because it had a large turboprop fleet operating in a domestic network.

The maximum range for a turboprop on its current domestic network was 768 kilometres. But 60 per cent of its turboprop flights were less than 350km.

Air New Zealand head of fleet strategy Baden Smith said its existing memorandum of understanding with Airbus was for larger aircraft and had a relatively long timeline.

Smaller companies would likely be leaders in zero-emissions technology initially, he said.

Before releasing the PRD Air New Zealand had been “inundated” with enquiries about operating new-generation aircraft from both small and large companies wanting to partner with it, he said.

The PRD was a way of detailing what Air New Zealand was looking for in a new generation aircraft and setting out a realistic timeline to make it a reality, he said.

He said it was also Air New Zealand’s way of taking some leadership on the issue and telling manufacturers what it needed rather than waiting for them to come to it.

Historically, selecting an aircraft type came down to choosing from either Boeing or Airbus, but with new generation aircraft there was a range of startups to choose from, he said.

“This new technology doesn’t necessarily just come from the incumbents.”

“We’re really wanting to understand where everyone is going with the technology.”

Air New Zealand would likely select a handful of candidates that had the potential to deliver on the criteria it had set, he said.

“While we might not be signing an order immediately off the back of it, that’s ultimately where we want to get to.”

He said the technology initially focused on regional routes because the range and demand were more suited, he said.

The PRD notes that Air New Zealand has in the past operated a breadth of domestic markets and smaller aircraft, including a fleet of 19 seat Beechcraft 1900.

Smith said this was to highlight that it was open to operating smaller aircraft than what it had now.

“We’re realistic that the technology will slowly build over time and if we want to get there quickly we probably have to recognise that these smaller aircraft are where it’s going to start.”

Suppliers have until March 1 to get their proposals in.