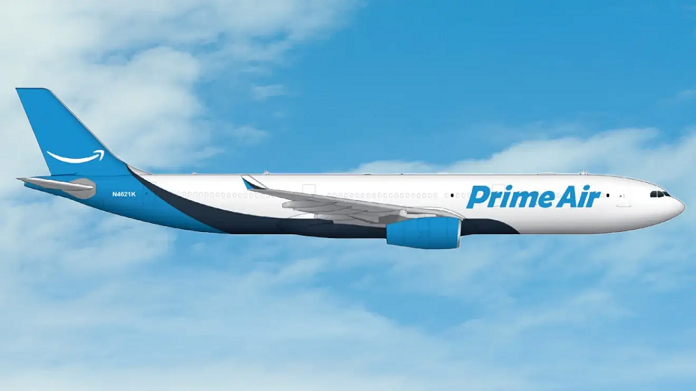 Amazon Air, the cargo airline of Amazon.com, Inc. which operates exclusively for Amazon’s parcel transportation business, has signed a lease agreement for ten converted to freighters (P2Fs) Airbus A330-300. The new aircraft will be added to the fleet that currently consists only of ATR and Boeing aircraft. In total, Amazon Air has a fleet of 88 aircraft, 55 Boeing 767-300ER, 28 Boeing 737-800 BCF (Boeing Converted Freighter) versions and 5 ATR 72-500F.

The airline, founded in 2015, is headquartered in Hebron, Kentucky. In 2017, it changed its name from Amazon Prime Air to Amazon Air to differentiate itself from its namesake service of autonomous package delivery to customers via drones, which is currently under development. Until January 2021, the airline had relied on wet leasing its aircraft to other operators, but in late 2020 it purchased four Boeing 767-300s, previously flying for Qantas and then WestJet. The airline however will continue to lease aircraft from its fleet using external crew, maintenance and insurance.

Amazon’s airline last week decided to expand its fleet, signing an agreement to lease ten A330-300P2Fs from Altavair, a global leader in aviation financing. The aircraft will be operated for Amazon by Hawaiian Airlines, the flag carrier of the U.S. state of Hawaii, as well as the 10th largest commercial airline in the United States, and a deep connoisseur of Airbus A330-200s with a total in its fleet of twenty-four.

Although both the A330-200 and A330-300 are suitable for conversion, the longer fuselage A330-300P2F is particularly suited for cargo transport due to its high volumetric payload capacity with low-density cargo.

The ten aircraft will be converted from passenger to cargo by the company Elbe Flugzeugwerke GmbH (EFW), a joint venture between ST Aerospace and Airbus, whose A330P2F (passenger-to-freighter) conversion program began in 2012. EFW is a Dresden-based company currently a center for Airbus P2F aircraft conversion with associated maintenance.

Philippe Karam, Director of Amazon Global Air Fleet & Sourcing said the new A330-300s will be both the first Airbuses in the fleet, but will also be the newest and largest aircraft for Amazon Air, enabling the logistics company to deliver more packages to its customers on every flight, faster, more efficiently and over longer distances. The first A330-300P2F aircraft is expected to join Amazon Air’s fleet in late 2023.

Airbus A330s possess advanced technology, including fly-by-wire flight controls, and an extremely capable platform for cargo conversion, due precisely to the number of aircraft converted over time. Since the Airbus A330 entered service in 1994, more than 1,700 aircraft have been ordered and more than 1,500 have been delivered, providing ample knowledge for Passenger-to-Freighter conversions for many years.