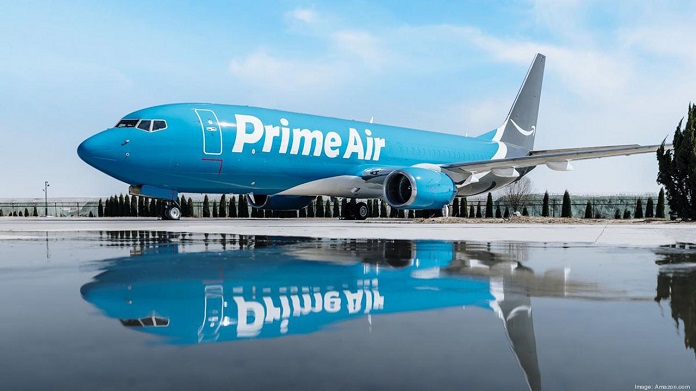 Amazon Air has expanded its network into Kansas for the first time with the opening of a regional gateway facility at Wichita Eisenhower National Airport, as it continues a relentless push to bring air access to more of the country to support expedited delivery for Prime customers.

The electronic retail and logistics giant’s private airline launched daily cargo service between Wichita and its regional hub at Fort Worth Alliance Airport in Texas on Thursday. The flights are operated by Silver Airways using an ATR72-500 turboprop aircraft.

The Wichita Airport Authority said in a news release that it leased 10,691 square feet in its cargo terminal to Trego-Dugan Aviation, Amazon’s subcontractor in charge of sorting and loading packages for their next destination. PrimeFlight Aviation will also lease 1,470 square feet to provide de-icing services.

The location has easy access to Interstate 235 and a highway.

Amazon operates two facilities in the Wichita area: a 1 million-square-foot fulfillment center in Park City and a 140,000-square-foot delivery station in the northeast part of the city.

In the past year, Amazon Air has added at least 10 destinations to its route structure and 24 aircraft. It serves more than 45 domestic airports that are within 100 miles of more than 70% of the U.S. population. In August, Amazon Air opened its $1.5 billion primary package hub at Cincinnati/Northern Kentucky International Airport.

We are proud to welcome Amazon Air to Wichita Eisenhower Airport,” said Jesse Romo, Wichita’s director of airports. “This location is uniquely positioned with convenient access to Hwy 54/400 and Interstate 235 to support Amazon’s delivers to customers in Kansas and surrounding areas.”