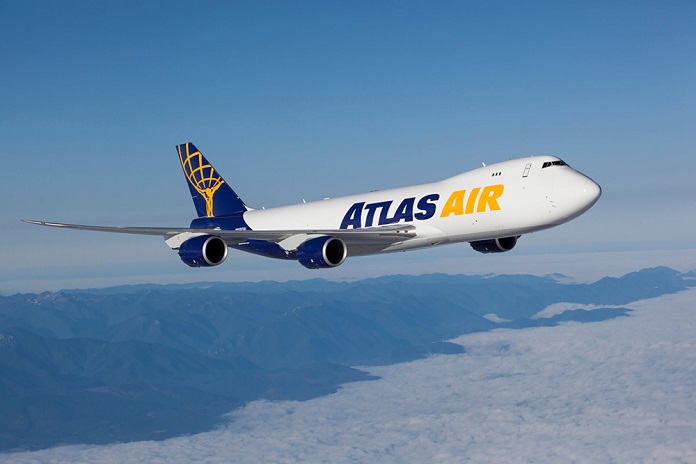 “We are off to an excellent start in 2022. We delivered strong earnings, despite the pandemic-related operational challenges we continue to navigate,” said Atlas Air Worldwide President and Chief Executive Officer John W. Dietrich. “I would like to thank the entire Atlas team for their ongoing commitment to deliver this great performance.”

He added: “Atlas continues to demonstrate the value of airfreight as a vital component of the global supply chain. We are seeing a sustaining shift in long-term customer demand for Atlas’ dedicated aircraft, and the speed and reliability airfreight provides. During the first quarter, our customers continued to enter and enhance long-term contracts with Atlas for dedicated freighter capacity.

“We are expanding and diversifying our customer base, and increasing flying under long-term contracts with attractive rates and guaranteed levels of flying. To meet customer demand, we are also investing in our world-class fleet by adding four new 747-8F and four new 777 freighter aircraft. All four of our new 747-8Fs have been placed with customers under long-term contracts, and we have a strong interest in the new 777Fs as well.”

Mr. Dietrich concluded: “We are very well positioned for the years ahead. We have significantly strengthened our balance sheet and have a healthy cash balance. This provides us the financial flexibility to opportunistically deploy capital, including investing in our business and returning capital to shareholders.”

Higher Airline Operations revenue primarily reflected an increase in the average rate per block hour, partially offset by a reduction in block hours. The higher average rate per block hour was primarily due to higher yields (net of fuel), including the impact of new and extended long-term contracts, as well as higher fuel prices. Block-hour volumes reflected a reduction in less profitable smaller gauge CMI service flying as well as operational disruptions due to the spike in Omicron cases globally.

Higher Airline Operations segment contribution in the first quarter of 2022 was primarily driven by higher yields (net of fuel), including the impact of new and extended long-term contracts. These improvements were partially offset by increased pilot costs related to our new collective bargaining agreement (CBA) and higher premium pay for pilots operating in certain areas significantly impacted by COVID-19.

In Dry Leasing, segment revenue and contribution increased from the prior-year period primarily due to $5.0 million of revenue received from maintenance payments related to the scheduled return of an aircraft, which was subsequently sold during the quarter. Dry Leasing contribution also benefited from lower interest expenses related to the scheduled repayment of debt.

Unallocated income and expenses, net, increased during the quarter, primarily due to $40.9 million in CARES Act grant income recognized in 2021 (which was excluded from our adjusted results).

Additional purchases may be made at our discretion in the form of open market repurchase programs, ASRs, privately negotiated transactions, or a combination of these methods.

As previously disclosed, we are purchasing five of our existing 747-400Fs at the end of their leases during the course of this year, one of which was acquired in March. We expect to complete the remaining four aircraft acquisitions between May and December 2022.

Acquiring these widebody freighters underscores our confidence in the demand for international airfreight capacity, particularly in express, e-Commerce and fast-growing global markets. Keeping these aircraft in our fleet ensures continuity of capacity for our customers, which will drive strong returns for Atlas in the years ahead.

The change in position resulted from cash used for investing and financing activities, including $115.0 million for pre-delivery payments for our new aircraft and $100.0 million for our ASR, partially offset by cash provided by operating activities.

Net cash used for investing activities during the first quarter of 2022 primarily related to payments for flight equipment and modifications, including aircraft pre-delivery payments, as well as capital expenditures and spare engines.

Net cash used for financing activities during the period primarily related to payments on debt obligations and the ASR.

We expect aircraft maintenance expenses in 2022 to be similar to 2021, and depreciation and amortization to total about $300 million. In addition, core capital expenditures, which exclude aircraft and engine purchases, are projected to total approximately $135 to $145 million, mainly for parts and components for our fleet.

We also expect our full-year 2022 adjusted effective tax rate will be approximately 23.0%.

This outlook includes the contribution from numerous new or enhanced long-term customer contracts, as well as higher pilot costs from our new CBA. We also expect second-quarter results to continue to be impacted by premium pay for pilots operating in certain locations significantly impacted by COVID-19.

Other than with regard to revenue, we provide guidance on an adjusted basis because we are unable to predict with reasonable certainty and without unreasonable effort the effects of future gains and losses on asset sales, special charges, and other unanticipated items that could be material to our reported results.