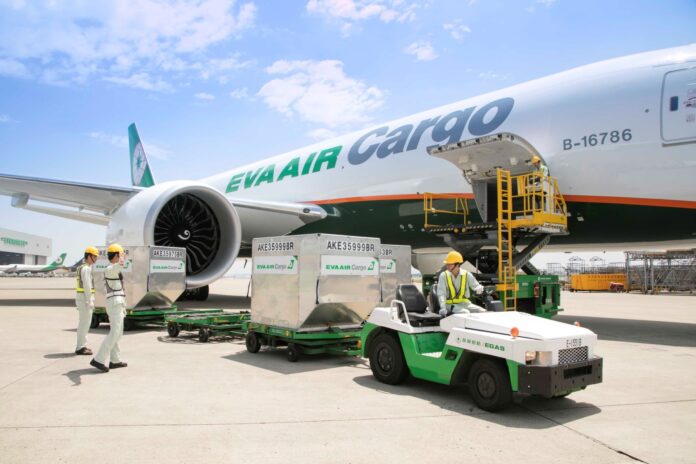 The EVA Air Board of Directors has authorized the purchase of one more Boeing 777 freighter that is expected to be delivered by the end of 2023. EVA now owns eight of these dedicated freighters and has contracted with Israel Aerospace Industry Corporation (IAI) to convert three of its Boeing 777-300ER passenger jets into cargo aircraft. By 2025, the carrier will have grown its cargo fleet to 12 freighters. The increased capacity will further strengthen EVA Air Cargo’s competitiveness in the airfreight market.

“We regularly evaluate passenger and cargo market needs so that we can appropriately increase capacity and meet demand. To design the best strategies for securing the competitive edge in these markets, we also pay close attention to our fleet composition,” said EVA President Clay Sun.

According to Boeing estimates, the air cargo market will increase at an annual compound growth rate of 4.0 to 4.6% over the next 20 years. The aircraft manufacturer also expects global freighter demand to climb by more than 70%.

“Our immediate and long-term goals are the same. We aim to thrive in the booming air cargo markets of today and in the future, sustain the flexible services and unmatched reliability we are known for and, at the same time, help meet global conservation and environmental goals,” Sun said.

The Boeing 777 freighter is the world’s largest twin-engine air cargo aircraft. It has a maximum capacity of 106 tons, closely competing with the four-engine Boeing 747-400 freighter that can carry as much as 112 tons. Energy-efficient and environment-friendly, the 777 freighter performs exceptionally well in range, operating costs, and reliability. Fully loaded, it can fly up to 5,000 nautical miles, making it the most popular type of freighter on the market.

EVA equipped its Boeing 777 freighters with the same turbofan engines that power its B777-300ER passenger aircraft. Its B777-300ER flight crews can easily transition to flying the dedicated freighters after training on differences between the aircraft and operations. In addition to its eight Boeing 777 freighters, EVA flies 34 B777-300ERs. Consistency in its aircraft models and engines gives the carrier extra flexibility for crew dispatch and elevates maintenance-management efficiencies, leading to operational benefits.

Collaboration in Huntsville, AL with DSV and LATAM Group