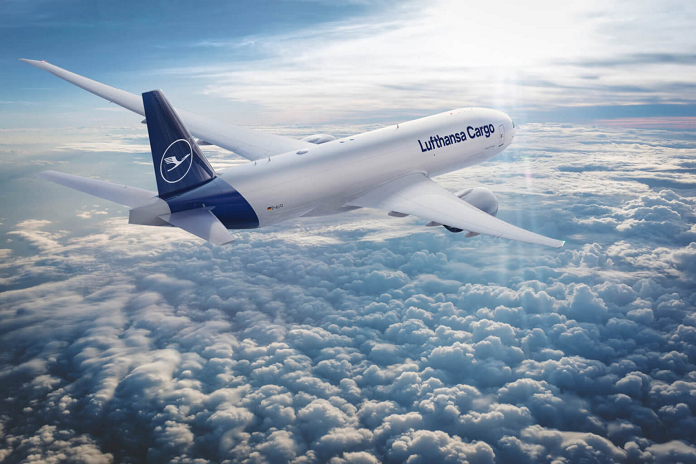 Although airfreight capacities on passenger aircraft are increasing again due to the continuation of air traffic recovery especially on the North Atlantic, average yields remain well above pre-crisis levels, especially on routes to Asia.

In the first nine months of the year, Lufthansa Cargo has thus already achieved an operating profit of 1.3 billion euros (previous year: 943 million euros) and is on course for a full-year result even above last year’s record 1.5 billion euros.

In the third quarter, Lufthansa Technik benefited from the high demand for air travel and the associated demand from airlines worldwide for maintenance and repair services.

The volume of business was already back at around 90 percent of the pre-crisis level.

Lufthansa Technik generated an Adjusted EBIT of 177 million euros in the third quarter (previous year: 149 million euros), the best quarter ever for the company.

The forecast for the annual result was raised again. Lufthansa Technik is thus also heading for a new record for the full year.

The Lufthansa Group expects demand for air travel to remain strong in the coming months, with average yields remaining high. Passenger Airlines plan to offer around 80 percent of 2019 capacity in the fourth quarter.

The Group expects to achieve an operating profit in the fourth quarter despite the usual seasonal slowdown in business.

In the fiscal year 2022, the result in the Logistics segment is expected to exceed the record level of the previous year, Lufthansa Technik will generate a higher profit than in 2021 and is expected to achieve a record result.

The Passenger Airlines segment will also significantly improve its result compared with the previous year.

Based on these positive developments, Lufthansa Group is raising its earnings forecast for the Group as a whole.

Net capital expenditure is expected to amount to circa 2.5 billion euros, in line with previous planning.

The company is thus on track towards its medium-term targets for 2024 – an Adjusted EBIT margin of at least 8 percent and a return on capital employed (Adj. ROCE excl. cash) of at least 10 percent.

Carsten Spohr, CEO of Deutsche Lufthansa AG, said:
“The Lufthansa Group achieved a very strong result in the third quarter with an operating profit of over one billion euros, thus demonstrating its regained profitability.

“All business segments, passenger airlines as well as logistics and MRO, contributed to this success.

“This once again underlines the strength of our portfolio. The Lufthansa Group has economically left the pandemic behind and is looking optimistically into the future.

“After all, the desire to travel and thus the demand for air travel continues unabated. Now we are focusing on the future and launching the biggest product renewal in our history.

“We are investing in 200 new aircraft and offering perspectives for our employees around the world.

“It remains our ambition to further strengthen our position among the top 5 airline groups in the world.”

The company generated an Adjusted EBIT of 1.1 billion euros in the third quarter of 2022, including an impact from strikes of around 70 million euros. In the same period last year, operating profit was 251 million euros.

Load factor at Lufthansa Group Airlines at 2019 level
The number of passengers travelling on board of the passenger airlines increased significantly in the third quarter compared with the previous year.

Between July and September, more than 33 million passengers flew with the airlines of the Lufthansa Group (previous year: 20 million).

The development of yields was particularly positive. In the third quarter, yields were on average 23 percent higher than in 2019 and thus reached a new record level.

At just over 86 percent, the average seat load factor was back at the level of the record years before the Coronavirus pandemic. Load factors in Business and First Class were even higher than in 2019.

Especially remarkable was the continued high premium demand from leisure travelers. Bookings among business travelers also continued to recover. Revenues in this segment are now back at around 70 percent of the pre-crisis level.

Due to the high demand and strong average yields, the Passenger Airlines segment returned to profitability with a positive Adjusted EBIT of 709 million euros (previous year: -193 million euros). All airlines in the segment generated an operating profit individually as well.

In the third quarter, the airlines’ result was burdened by costs for irregularities in air traffic amounting to 239 million euros.

Due to the further increase in the discount rate, the Lufthansa Group’s net pension obligation has fallen by almost 70 percent since the end of the previous year and now stands at around 2.1 billion euros (31 December 2021: 6.5 billion euros).

“We have already made very good progress in reducing our debt. Thanks to our strong cash flows, our refinancing needs will remain low in the coming quarters. With disciplined capacity management, our yield focus and strict control of spending, we are confident that we will continue to be able to compensate well for inflation-related cost increases.”