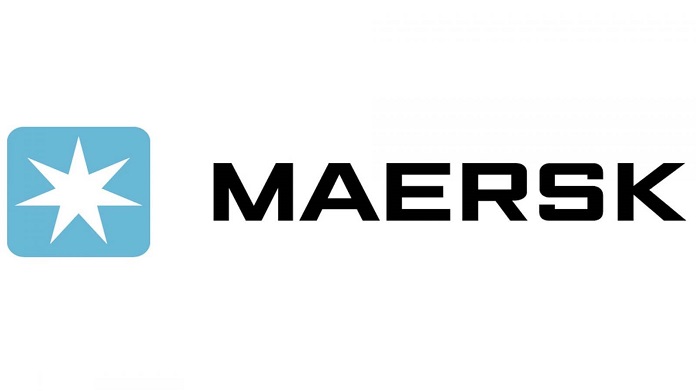 The world’s three biggest shipping lines have suspended non-essential deliveries to Russia, joining a growing list of companies shunning Moscow amid Western sanctions over its invasion of Ukraine.

Danish shipping giant Maersk, Switzerland-based MSC, and France’s CMA CGM all announced on Tuesday that they would no longer take bookings for goods from Russia and were suspending most deliveries to the country.

Citing the impact of sanctions, “bookings to and from Russia will be temporarily suspended, with exception of foodstuffs, medical and humanitarian supplies”, Maersk said in a statement.

MSC announced similar measures, saying it would “continue to accept and screen bookings for delivery of essential goods”.

CMA CGM said its “utmost priorities remain to protect our employees and ensure as much as possible the continuity of your supply chain”.

“In the interest of safety, the group has decided to suspend all bookings to and from Russia as of today and until further notice,” it said in a statement.

Container shipping companies carry the bulk of the world’s manufactured goods, making them a vital part of the global trade system.

Russia is the world’s eleventh-largest economy and supplier of one-sixth of all commodities and the moves by Maersk, MSC, and CMA CGM mean that Moscow is effectively cut off from a large chunk of the globe’s shipping capacity.

The West has imposed heavy restrictions on Russia to close off its economy from the global financial system, pushing companies to halt sales, cut ties and dump tens of billions of dollars worth of investments.

The aim of the sanctions is to “isolate Russia politically, financially and economically”, Germany’s finance minister Christian Lindner said.

The measures have “already had a massive impact on capital markets and the currency”, he said after a meeting with counterparts from the G7 club of wealthy nations.

Other companies that suspended sales in Russia include Apple, Google, Ford, and Harley-Davidson.

Apple said it was “deeply concerned about the Russian invasion of Ukraine” and announced a pause in sales in Russia and other measures including limiting Apple Pay and dropping the ability to download RT News outside of Russia.

Russian authorities have announced a slew of measures designed to stem the fall of the ruble and the broader financial markets, including banning money transfers abroad and closing the Moscow Stock Market.

The ruble has dropped by about 35 percent since last week when Russian President Vladimir Putin launched the invasion.

Maersk detailed in the statement:

“Maersk, we are deeply concerned by how the crisis keeps escalating in Ukraine. We are closely following the ever-evolving situation with governments posing new sanctions against Russia and the regular adjustments that are being made to the list of restrictions. With that in mind, we now see the clear need to establish new and revise existing processes of accepting and handling bookings.

“We are also starting to see the effect on global supply chain flows such as delays and detention of cargo by customs authorities across various transshipment hubs – overall resulting in unpredictable operational impacts.

“As the stability and safety of our operations are already being directly and indirectly impacted by sanctions, new Maersk bookings within the ocean, air and intercontinental rail to and from Russia will be temporarily suspended, with the exception of foodstuffs, medical and humanitarian supplies (bar dual-use items).

“This exception is to underline that our company is focusing on social responsibility and making the efforts to support society despite all the complications and uncertainties within the current supply chain to/from Russia.

“The suspension will begin today and cover all Russian gateway ports. We will announce further details during today and the coming days as we progress with the planning.

“Every decision we have made during this crisis has been with Maersk employee safety and customer supply chains in mind, and these will continue to be our top priorities in light of the newest developments. We will also continue to put plans in place so that all affected employees and their families get the support needed.

“It is key for Maersk that we minimise supply chain disruption and do not add to the global congestion in ports and depots. For cargo already underway and bookings placed before this suspension was announced, we will do our utmost to deliver it to its intended destination. Consequently, we will still call Russia although we will not accept new bookings unless they belong in the exception categories mentioned above.

“However, please expect significant delays as countries such as the Netherlands, Belgium and Germany are holding back vessels en route to Russia in search of restricted commodities, primarily dual-use items. The inspections of export and transshipment cargo bound for Russia are related to implementing procedures to comply with sanctions and export controls recently imposed by different jurisdictions.

“Our teams are in constant contact with the local customs and port authorities to speed up the release of all goods not impacted by sanctions and export controls, giving priority to humanitarian items such as foods, medicines and hygiene, and personal care. The delays are expected to have ripple effects across the regional ocean network, resulting in further delays and congestion.

“As Maersk acts in full compliance with legal regulations and its policies, we cannot receive from or make payments to any sanctioned Russian banks, or any other sanctioned party. “Giving you the best ability to manage your supply chain is of the utmost importance to us and we are working to give you everything you need to run your global logistics in these circumstances. We will keep monitoring the situation and reviewing impacts from sanctions, with an ambition to stabilize operations as quickly as we can.

“If you are affected by the above sanctions and export controls, please do not hesitate to contact our Maersk Customer Experience teams to discuss options and solutions for your cargo. Please also continue to visit our web advisory page on Maersk.com for the latest updates”.

WFS joins the coronavirus relief effort to help save lives in...