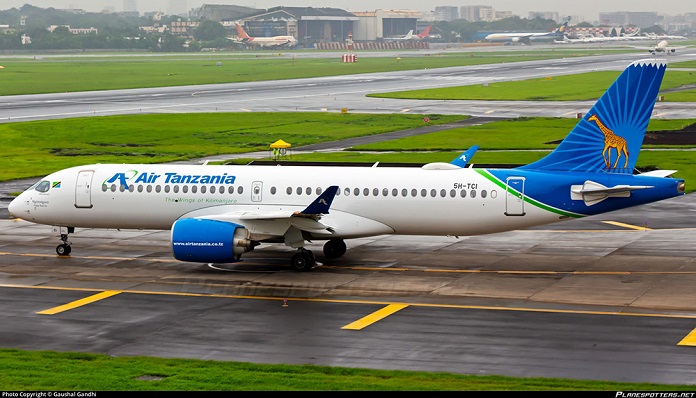 Network Aviation Group has been appointed as the Cargo GSSA for Air Tanzania in Kenya, with effect from the 1st November 2021. The United Kingdom and The United Arab Emirates (Dubai) are also included as offline sale points.

Air Tanzania’s flights from Nairobi, NBO to Dar Es Salaam, DAR started from the 26th November 2021 and operates 2 x A220 PAX flights daily based on the below schedule:

Air Tanzania also has future plans to fly to the UK and Dubai, with the aim to start by the end of this year, 2022. Meanwhile, back in November 2021 at the Dubai Airshow, The United Republic of Tanzania placed an order for a B767-300 freighter aircraft which will be operated by Air Tanzania, the country’s national flag carrier.

This freighter aircraft will “be used to capitalise on Africa’s burgeoning cargo demand” with demand on the African continent growing rapidly over the last 12 months, according to official IATA statistics.

“Adding to our 787 fleet, the introduction of the 737 Max and 767 Freighter will give Air Tanzania exceptional capability and flexibility to meet passenger and cargo demand within Africa and beyond.” – Chief Executive of Air Tanzania, Ladislaus Matindi.

“We look forward to working with Air Tanzania and we are confident this will be a successful partnership for both companies.” – Peter Njambi, Cargo Sales Manager for Network Airline Services in Nairobi.

MASkargo Delivers its First Charter Flight of the Year