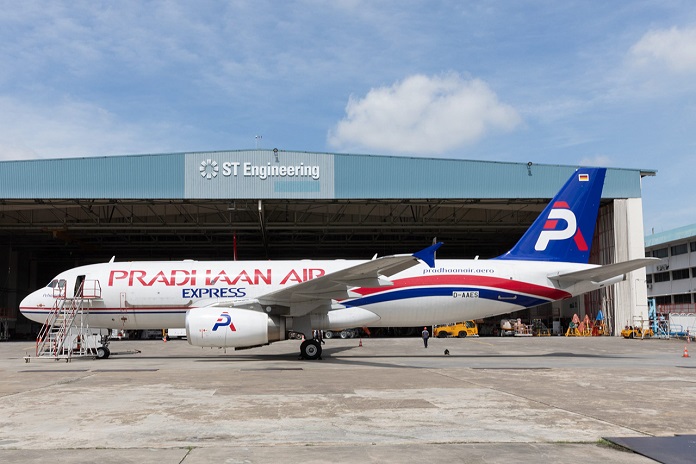 The Delhi-based cargo carrier was founded by Nipun Anand, the head of airline general sales at Zeal Global Corporation.

India’s brand-new all-cargo airline Pradhaan Air Express will begin commercial operations this year. It is said that the new all-cargo airline will start flight operations with the world’s first A320 converted freighter. The first converted freighter, expected to arrive in Delhi this month, will offer the charter capacity to Indian shippers and freight forwarders on domestic and international routes.

The launch of Pradhaan Air Express endorses the Government’s vision to achieve 10 million tonnes of annual cargo throughput by 2030 and pushes the Indian air cargo market in the global ranking. The conversion was done by Elbe Flugzeugwerke (EFW), a joint venture of ST Engineering and Airbus, at its facility in Singapore.

The aircraft has been leased from Vaayu Group / Astral Aviation. Interestingly, Pradhaan Air Express will be India’s first airline to operate an Airbus narrow-body freighter. The Aircraft offers a payload of 21 tons with a fully palletized main deck.

“We thank our lessor for having confidence in us to offer the world’s first A320 converted freighter for the Indian market. This will secure dedicated cargo capacity boosting the trade’s self-reliance. Getting the World`s first A320 converted freighter to India is like a dream come true. A second aircraft will be inducted by the year-end with plans for further fleet expansion,” said Nipun Anand, CEO & Founder, Pradhaan Air Express.

“The air cargo market in India has untapped domestic and international potential fuelled by various initiatives to become a global hub for cargo services. We aim to make our small contribution to the big dreams of the Indian cargo industry by offering tailor-made solutions with on-demand charters,” added Vipul Bhalla.

Global Investment in Aviation Summit 2020 launches its second Edition on...