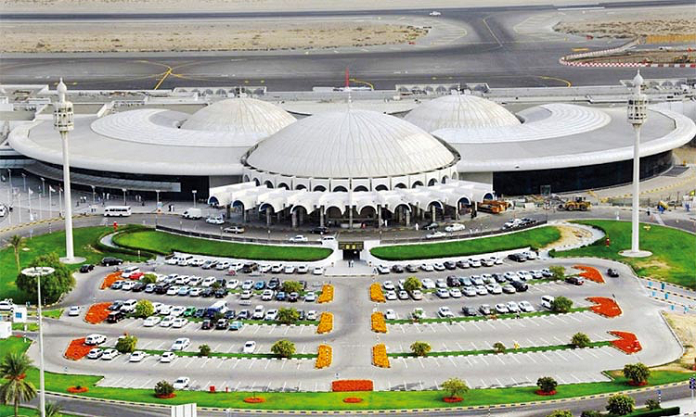 Sharjah International Airport Authority (SAA) is participating in Air Cargo India 2022 – in Mumbai from May 31 to June 2, 2022 – to showcase its latest services, strengthen existing partnerships and develop new alliances.

This event, held at Grand Hyatt in Mumbai, is one of the most important exhibitions of the air cargo industry and an ideal platform to meet with experts, decision-makers, and executives from India and other parts of the world. Representatives of international airports and cargo companies and agents will participate in this year’s event, which will provide participants and attendees with an opportunity to exchange views and opinions on the latest trends and developments in the global air cargo industry.

The Indian air cargo sector continues to remain among the world’s leading marketplaces for domestic and international players.

Expanding cargo-handling infrastructure at airports, demand for speedy delivery, greater trade and commerce, and an increase in the number of flights operating are some of the key reasons for this growth.

Further, international cargo traffic, expansion of industrial activity, and investments in airport infrastructure will drive the demand for air cargo.

Last month, Sharjah Airport won the ‘Best Airport in the Middle East’ award in the 5 to 15 million passengers per year category and the ‘Voice of the Customer’ accreditation given by the Airports Council International (ACI).

It bagged the accolade at ACI World’s Airport Service Quality (ASQ) Awards 2021, an event sponsored by Amadeus, a leading global travel technology company. The accreditation, on the other hand, was awarded for Sharjah Airport’s initiatives last year to prioritize the needs and listen to the voices of its customers during the pandemic.

A total of 253 airports from around the world took part in the ACI World’s annual ASQ Awards 2021, including nine airports from the Middle East region. The winners were named based on the results of over 370,000 surveys.

The Sharjah Airport also received the ‘Voice of the Customer’ accreditation for its efforts to give top priority to its customers and listen to and act on their feedback and suggestions during the global health crisis. These endeavors are aligned with Sharjah Airport Authority’s directives to raise the airport’s global competitiveness and ensure a high customer satisfaction level.