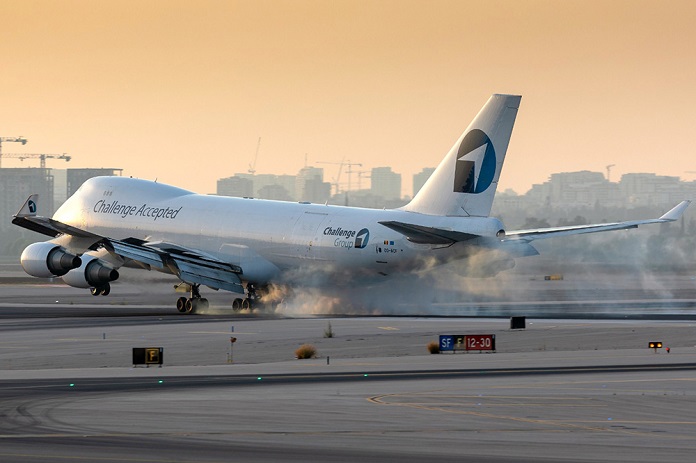 An airline requires aircrafts and engines in order to fly. And, from time to time, those aircrafts may require replacement spares. This is where Challenge Aviation comes in.

“When we started out in 2016, our leasing fleet consisted of 3 Boeing 747 freighters. In less than 7 years, we will have almost trebled that number. In a world that is desperate for cargo space, we are systematically converting and building up our leasing offer, and aim to become a leading lessor in the airfreight industry within the decade,” says Daniel Ganem, CFO of Challenge Group. “With over 45 years of experience in overcoming the challenge of limited equipment, Challenge Aviation is in the best position to understand its customers’ needs and is quick to source available aircraft or to replace engines. We also hold a number of maintenance contracts: thus, we have all the necessary ingredients at our disposal, for us to be able to say, ‘Challenge Accepted!’”

The 35-year-old, whose career began in IAI’s finance department ten years ago, before moving to business development and flight planning with Challenge Airlines IL (formerly CAL), then taking on a position as financial analyst, now heads the Group’s USD 300 million fleet expansion project, as its Chief Financial Officer.

Four Boeing 767 were recently purchased and will all have been converted into freighters by 2023. Challenge Aviation is currently sourcing four Boeing 777, which will then also be sent to IAI for conversion.