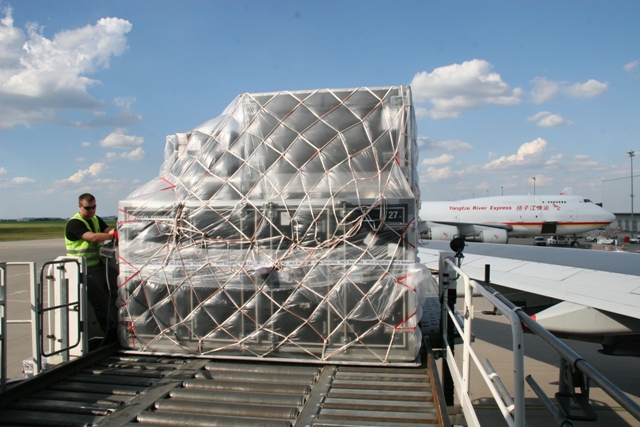 Frankfurt-Hahn Airport Group, currently in administration, is to be sold to Swift Conjoy, a joint venture between real estate firm Swift Holding and aviation specialist Conjoy Investment Partners. The sale, for an undisclosed sum, is subject to conditions and all current employees will pass to the new owner.

The airport’s administrator, Jan Markus Plathner, said the sale would secure the future of the central German gateway, which has had a chequered existence over the past few years.

The airport was 82.5% owned by China’s HNA Group, owner of Hainan Airlines, which itself was declared bankrupt in January 2021.  The local Rhineland-Palatinate government owned the remaining 17.5%.

Although freight has performed strongly during the Covid pandemic, the airport has suffered badly from the collapse in passenger traffic and the company was declared insolvent in October 2021.

Although marketed as an alternative gateway to Frankfurt Airport, Hahn’s location about two hours drive from the city has handicapped its development as a passenger hub.

Passenger business had fallen away sharply with the relocation of low-cost carrier Ryanair to Frankfurt several years ago.

Moreover, with the restoration of regular passenger and bellyhold freight capacity at major gateways, Hahn’s freight traffic has now fallen away, while its passenger business has yet to fully recover.

However, Plathner was optimistic about Hahn’s future: “Due to the strong demand and the successful implementation of various measures, the airport is again economically stable both in passenger and cargo traffic.”

Swift Conjoy managing directors, Tobias Steyer and Martin Mansell, added: “We are very pleased to have been awarded the contract in the bidding process and to continue and substantially expand passenger and cargo operations at Hahn. This also includes investments and the creation of new jobs in the region.”

They said that until contractual conditions are met, flight operations will continue under insolvency proceedings.