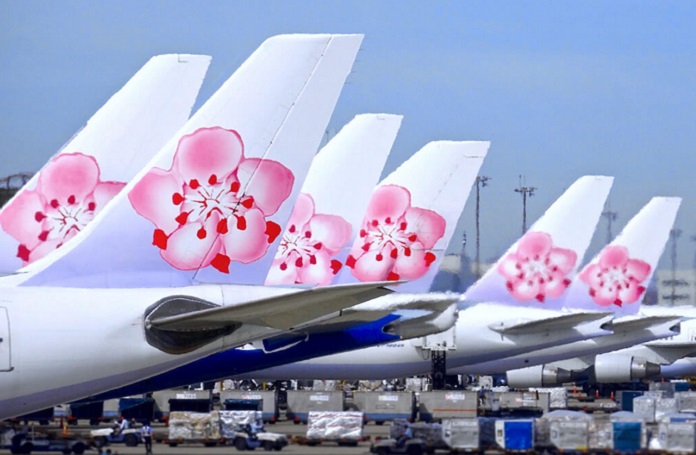 Clogged ports and labour shortages will help drive air freight in the first half of this year with demand outstripping supply, Taiwan’s China Airlines Ltd said on Tuesday as it reported record freight revenues in the fourth quarter.

Tech powerhouse Taiwan is a major manufacturer of semiconductors, used in everything from smartphones to aircraft, a shortage of which has reverberated around global supply chains. The island’s exports rose 29.4% in 2021 to a record high.

The airline, which in January ordered four more 777 freighters, said in a statement that freight revenues in the last three months of last year hit T$43.2 billion ($1.51 billion), up 67% year-on-year and reaching a record for the quarter.

“In the first half of the year, disturbance factors such as seaport congestion and lack of labour will still exist, and the demand for sea-to-air cargo will remain strong. It is expected that overall cabin space will still be in short supply,” it added. The airline will target the chip and consumer electronic sectors in particular and continue to promote “customized charter flights”, focusing on urgent and high-priced cargo charters, it said.

The airline will add another two 777 freighters this year, while the four it ordered in January will start arriving from 2023 with deliveries complete by the end of 2024, “adding impetus to China Airlines’ cargo capacity”.

Wizz Air is launching a new route from Malmo Airport to...