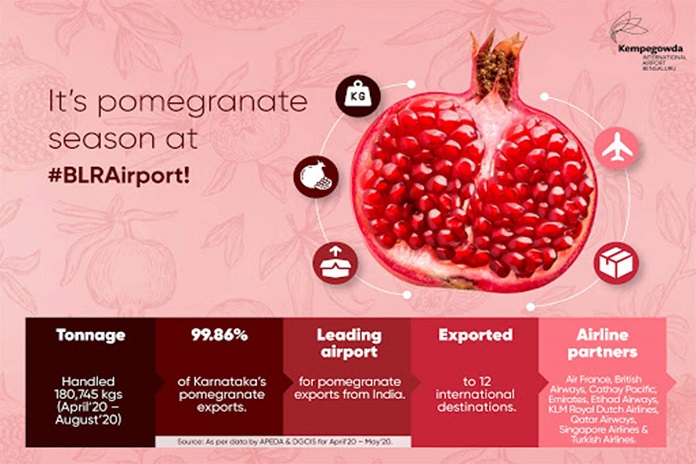 Kempegowda International Airport in Bengaluru has processed 180,745 kgs of pomegranates from April to August 2020, emerging as the leading airport for pomegranate exports from India.

The airport also accounted for 99% of the total pomegranate exports from Karnataka, according to the data available from the Agricultural and Processed Food Products Export Development Authority (APEDA) and the Directorate General of Commercial Intelligence and Statistics (DGCIS).